Home > Blog > What is a Hosted Phone System?

What is a Hosted Phone System? 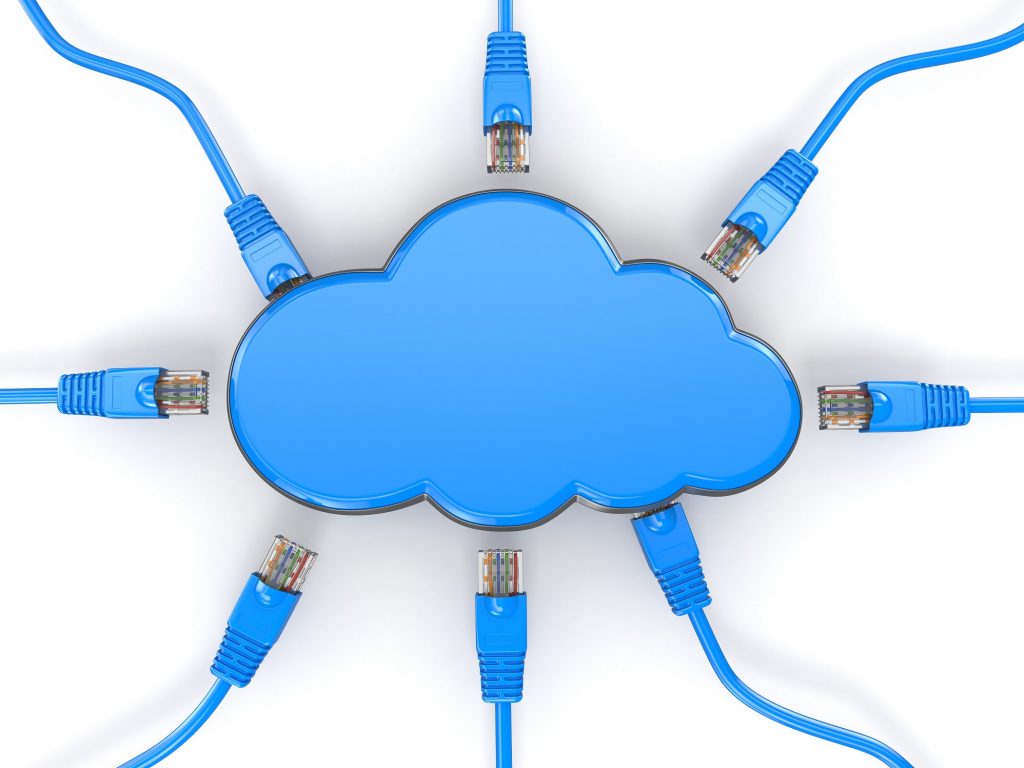 What is a hosted phone system?

We often have questions from our prospective customers, when they are shopping for a new phone system, about hosted phone systems.

For a while now terms like “Hosted”or “Cloud” have attracted the attention of businesses large and small. It doesn’t hurt that the tech media loves the concept and enjoys talking about its merits.

But, by the time these business owners, chief technical officers, and decision makers sit down with us they often still are not clear on what exactly a “hosted” phone system is, and more importantly, what the benefits are for their business.

Often, a hosted phone system is confused with a VoIP phone system. But there is a significant difference in what those terms mean. 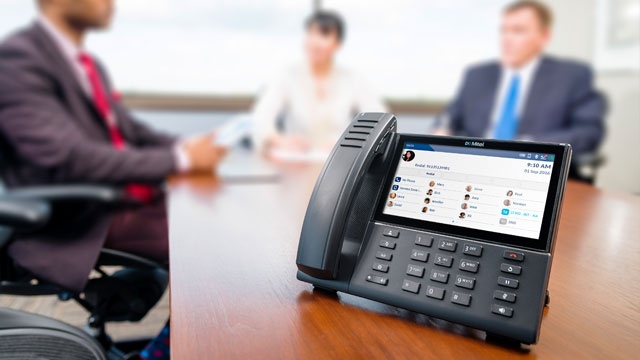 VoIP (which stands for Voice over Internet Protocol) refers to a type of phone that uses the internet, rather than using the traditional public telephone lines (known in the telecom world as the PSTN or Public Switched Telephone Network), to deliver your phone service.

Today the majority of phones in use are IP phones, whether they are business phone systems or your personal cell phone.

However, just because you are using IP phones doesn’t always mean that your calls are being carried over the internet, or that you have a hosted phone system; it just means that the phones are capable of using the internet as the avenue to send and receive phone calls.

The rule of thumb is: Not all IP systems are hosted, however all (current) hosted or cloud systems offered on the market today are IP.

(If you want to know more, here’s Three Reasons Why VoIP Technology Makes Sense For Business)

A hosted phone system on the other hand, while it’s usually an internet based phone system (more on that in a moment), actually refers to any phone system that is not based at your company’s premises. 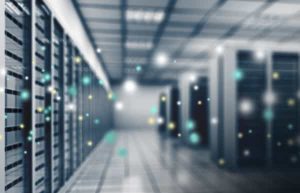 A hosted phone system is one where the “brains” of the system (the servers and applications) are based at a data centre rather than at your place of business.

Fun fact: this (hosted phone systems) is not necessarily a new way to set up a phone system.

There was a hosted service in the past that was offered by the major phone providers (Bell, TELUS etc.), called Centrex.

How a hosted system works

In today’s modern hosted systems, your phone system essentially sits in the Cloud (servers and switches at a secure data centre off-site) and, as a subscriber, you connect to it for a monthly fee.

Your business receives the desk-phones, you plug them in and they are ready to go. They are set up in a way that automatically connects back to the servers and switches (from now on I will call them the “brains”) at the data centre.

The “brains” of the system is what needs regular updates and upkeep much like any other cloud service, or computerized system (Think of Anti-virus program updates or the iOS updates on Apple products). So, by leaving that aspect of your phone system to the hosting company you avoid having to deal with any repairs, upkeep, or updates.

However, not all hosted phone systems are the same

A true cloud phone system is one where a large service provider (e.g. large companies like Mitel, ShoreTel, Shaw, or TELUS) as well as a host of smaller, usually local, companies, sell a system with certain preset feature sets (that allow for scalable renditions like basic, collaborative, mobile etc.) which you can then take advantage of for a monthly fee. 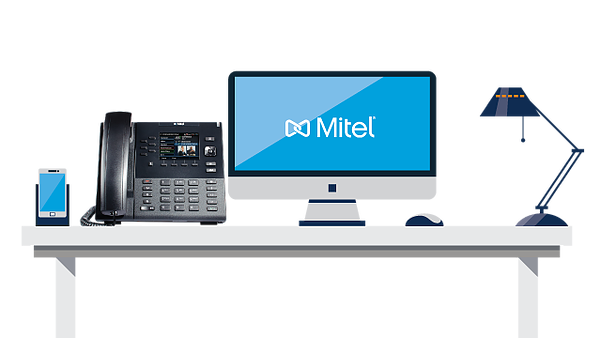 This allows a small business to enjoy a rich (though ultimately scaled back) sampling of the unified communications features that a premise based enterprise phone system would provide (e.g. voicemail to e-mail, presence, instant messaging, “find-me/follow-me features, and mobility) all for a set monthly fee, usually per user.

One of the key considerations of this type of system is that the service is provided entirely via the internet. Your phone services and all your applications are held in the cloud and your connectivity to it is dependent on your internet. If your bandwidth is good and you have reliable connectivity, you will enjoy the ease of use and low upkeep model that is cloud based telephony.

Another consideration for cloud based offerings is that the features you have available to you are pre-set.

There is very little flexibility for those organizations that need specific features or applications; for example integration with proprietary software, true contact/call centre capability or full featured call accounting/ call recording, as well as many other features, are usually unavailable in a cloud solution.

In fact you can often get more flexibility and uniquely tailored integrations and unified communications options in a premise based system.
But part of the appeal of a hosted phone system is having access to the basic integrations and applications without having to maintain them (again, updates and upkeep), even if you are bound by the applications and options offered by whomever is hosting the system. So decisions to choose a cloud offering or a premise or hosted phone system (more on that in a moment) becomes not just a decision based on cost or features, it becomes an important business decision.

On the other hand, a hosted phone system (also sometimes called a hybrid), while similar to a cloud solution (the system is based at another location or data centre), is different from a true cloud service. It is different in that it is essentially a premise based system that is set up to be hosted off-site and handled by the hosting company or provider.

This way the customer can benefit from the flexibility and full features (as mentioned previously) of having their own hosted system, set up specifically for them, dedicated to them, but cared for (upgrades, upkeep, etc.) by the hosting company or provider.

This option is appealing to many businesses because it offers the value of a cloud phone system (no need to worry about upgrades, updates, or upkeep, easy plug-and-play phone sets, etc.) but allows the flexibility of features that a premise based system would offer.

With a hosted (hybrid) approach, your phone system is supported by telecom experts who will support and configure your phone system as needed, for example: adding new lines/users, changing your answering services or recorded messaging, licensing updates, maintenance, server or application upgrades, and trouble shooting.

The biggest difference between a hosted (hybrid) system and a true cloud based phone system is that with a hosted system you can choose exactly what your business needs as far as features, integrations, and applications.

One of the biggest attractions to the hosted phone option in the past was that the technology often came at a fraction of the cost of traditional phone systems.

When it was first introduced many businesses preferred the “op-ex” model of a lower monthly payment as opposed to a large one time “capital expenditure” the amount of which varied depending on the size, scope, and scale of the phone system.

Today, however, when viewed through the lens of the lifetime of the phone system (5-8 years), that aspect of choosing based on cost is not quite as valid.

When comparing the upfront cost of a premise based system (which can easily be offered as a temporary low monthly payment) to the continuous monthly payments of the hosted option, often, over the life of a phone system, the premise based option turns out to be less costly; especially if you intend to keep that phone system for longer than the average of 5-8 years.

So the price advantage that hosted phone systems once had is starting to close more and more drastically; to the point where today, when it comes to choosing between hosted or premise based phone systems it’s a choice between what model best suits your business, rather than simply a difference in price.

One last consideration to take away, if you are thinking about moving to a cloud or hosted (hybrid) phone system, is to establish if your business considers phones to be “mission critical.”

Often, even when set up properly, phone systems that rely on the internet can have interruptions or outages, which will result in delayed voice transfer or even dropped calls. If properly setup, this issue can be greatly mitigated  but it cannot (currently) be completely avoided.
There will be times (especially during peak traffic times) when you may face these issues.

Some organizations cannot afford any potential interruptions, but If you are able to absorb the affects of any interruptions that may occur (even if infrequent and brief), especially if you are within a certain number of users (around 10-15), then the benefits of hosted or cloud-based phone systems are likely a good choice for your business.

Hosted phone systems can be a great option for your business, but (as cliche as it may sound) it really does depend on the needs of your business.

There are instances where it is not the best option – sometimes because of total cost of ownership, other times because of what your business requires from your communications systems.

There are enough variables that affect the decision of which system to choose that it is absolutely worth having a discussion about what makes the most sense when your business, goals, systems,  practices, and overall cost (for the lifetime of the system) are included in the conversation.

(This idea is explored further in portions of this article we wrote on the Shaw SmartVoice hosted phone platform.) 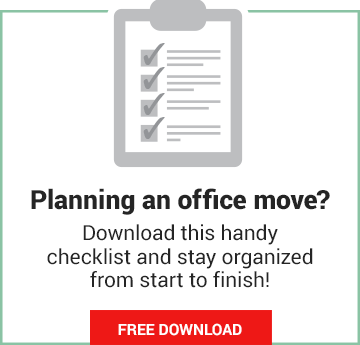